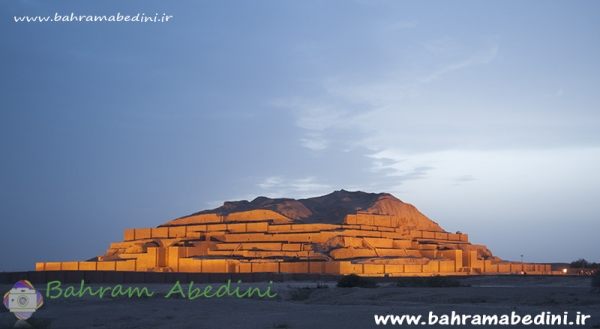 Chogha Zanbil is One of the greatest elamite buildings and the remnants of ancient history of mesopotamia. This great fortress was originally a temple and is situated in South-west of Iran in Province of Khuzestan near the Susa city.

This region is ripe with ancient history of Iran and mesopotamia. Chogha Zanbil is one of those fascinating places. At the first glance it is like a fortress built near the River Dez which is a big branch of Karoun River.

This Ziggurat belongs to elamite period (Ilam) and is estimated to have been built near 1250 years B.C. Chogha zanbil is  remnant of the City of Dorwantesh. and is considered as one of the most important ancient artifacts in UNESCO's List

There are many parts in this complex, including the temple , the water filteration area and etc. If you are a photographer and you are planning to travel there I would recommend you to look up the weather forcast because this area is prone to sand storm and this will ruin your day or at leat your pictures.

Here are some other pictures from another sites which will help to understand this place better:

More in this category: Takht-e Soleymān »
back to top