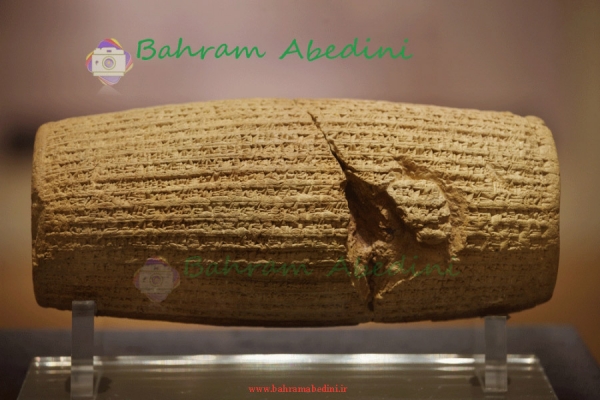 Cyrus Cylinder is a Cylindrical Relief found in Babylon, southern Iraq. and it contains the sayings of Cyrus the Great, King of Old Persia.

It is now being kept in British Museum but for a short time it was allowed to be shown in Iran. The wrong or right of this action (Britain keeps other countries historical crafts in its own custody (is a subject of debate. In One side It is not their own and they should return it completely but in other hand, looking at Iranian museum’s condition and the management of these places one should may consider this would be safer to keep this cylinder in a highly developed museum such as British’s . I hope someday we can have the technology to keep it safe and bring it back.

Here is a picture I took during this short visit from Cyrus Cylinder. 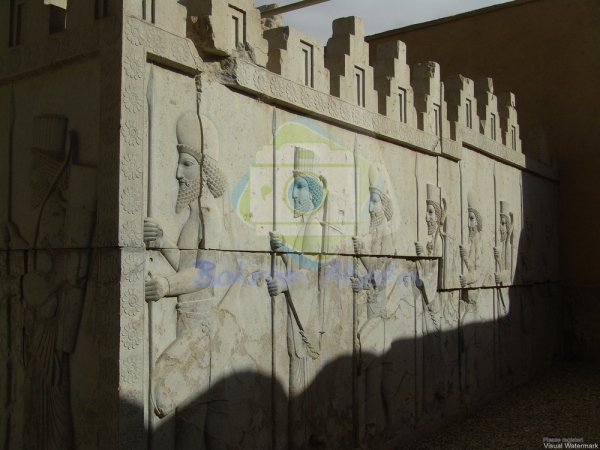 Persepolis (Old Persian: 'Parseh', New Persian: تخت جمشید/پارسه, 'Takht-e Jamshid') was an ancient ceremonial capital of the Persian Empire. The largest and most complex building in Persepolis was the audience hall, or Apadana with 72 columns. Persepolis is situated some 70 km northeast of the modern city of Shiraz in the Fars Province of Iran (Persia). In contemporary Persian language the site is known as Takht-e Jamshid (Throne of Jamshid) and Parseh. To the ancient Persians, the city was known as Parsa, meaning The City of Persians, Persepolis being the Greek interpretation of the name Περσες (meaning Persian)+ πόλις (meaning city).

Published in Preislamic
Tagged under
Read more...
Page 4 of 4
load more hold SHIFT key to load all load all
X