Kandovan, A village carved out of mountains 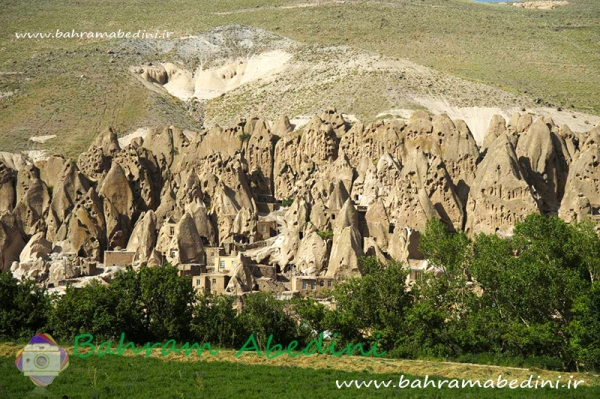 Kandovan (in Persian: کندوان) is a village carved out of stones in heart of the mountain Sahand in district of Osku and bellow the main city of Tabriz in Province of East Azarbaijan in Iran.

Most of houses are inside the mountain carved out of stones. The villagers are indiginous and some of them even can not speak Farsi the offical language of Iran and they only understand Turkish. They are kind and hospitable.

Kandovan is excavated inside volcanic rocks and tuffs similar to dwellings in the Turkish region of Cappadocia, are locally called "Karaan". Karaans were cut into the Lahars (volcanic mudflow or debris flow) of Mount Sahand.

The city is very spectacular and has no rival in Iran at least. Villagers have many traditional foods and handcrafts to offer. The winter here is harsh and snowy.

YOu can see some pictures of it taken in summer: